Dubai is one of the cities in the world with the most avant-garde architecture and has the third-highest number of skyscrapers. Currently, there are more than 150 buildings over 500 feet high.

Standing at a mighty 2,700 ft the Burj Khalifa (Caliph Tower) is the tallest building in the world. More than 12,000 people from 30 different countries were involved in the construction of the building. You can find more information about it here.

The Burj Al Arab hotel is said to be the only 7-star hotel in the world. Since its construction, it has been ranked as the best hotel on the planet by many hotel experts. You can find everything you need to know about the building here.

These twin towers are one of the iconic symbols of Dubai. Although almost architecturally identical, there is a 100-foot height difference between them. The tallest contains offices, whilst the smaller one houses the five-star Jumeirah Emirates Tower hotel.

Cayan Tower is the tallest spiral building in the world. This stunning twisted structure rises to more than 100 feet high. It is located in Dubai Marina, the most modern part of the city.

Dubai's Twin Towers were among the first iconic skyscrapers to go up in Dubai. They are located in Deira, on the shore of Dubai Creek. On the bottom floors, you will find a huge shopping center.

One of the tallest hotels in the world, this tower reaches 1,090 feet high and has 72 floors.

Nakheel Tower was a proposed skyscraper that would have surpassed the height of Burj Dubai by at least 650 feet if it has been carried through. However, the project was eventually canceled. 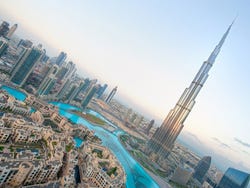 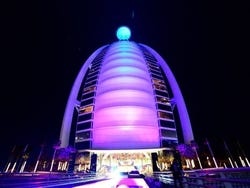 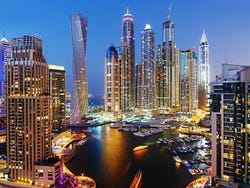 Dubai Marina, the modern face of the city 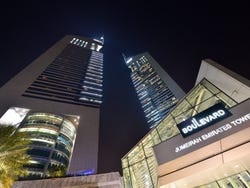 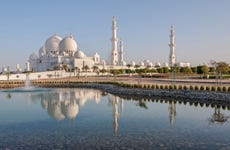 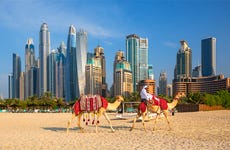